If you are breathing you at least heard about  Jodi Foster’s acceptance speech at the Golden Globes for the Cecile de Mille Lifetime Achievement award.  She looked stunning and spoke passionately and eloquently and kind of came out as a lesbian.

“Wow. Jodie Foster at Golden Globes makes me want to join the lesbians.”

GLAAD was glad but wished she had uttered the word ‘gay’ or ‘lesbian’. A lot of people ‘didn’t get it’ and thought she was not relevant enough to cause such a stir.

I thought it was poetic and entertaining and deeply felt and well delivered speech from a 50 year old actor, producer, director who went to Yale.  She is known for her exceptional intelligence.  She deserved the award.  Whether you liked or hated her speech, it was worth noting and by all accounts, vague.

We all know what vague is hazy – indistinct – obscure – nebulous – dim – indefinite.   I practically live there.  It’s not always a bad thing but the bad thing is it usually results in inaction, no advancement, no change. 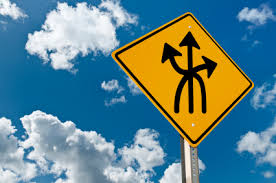 Being vague plagues many of us.  On some days we hem and haw over healthy practices.

We are good people with a lot to offer.

Something is holding us back.  I expect for most of us it is fear.

Being well intended is one thing.  Staying in that place and never going anywhere is another.  Taking your time and making an informed decision with a well thought out action plan is totally merited.  But at some point you have to get off your arse and Just Do It.   Stare at the plan no more.  Enough of the drive-by’s.

I didn’t sleep much on Saturday night because I was scared to death of the action I had planned for the next day.  I was scheduled to go mountain biking with a group of accomplished riders.  I was all twisted inside but excited too and ready to take it on.  I wonder if Jodi felt this way as she practiced her ‘coming out’ speech.  I came out to the the trail and the bike I was to borrow did not.  Because today was the day, I took my husband’s hybrid bike to West Creek and rode about 16 miles all by my lonesome.  I think it’s called bike therapy.

Though my bike experience was a little vague – mountain biking/not mountain biking – at least I did something!!  Just like Jodi.  I’m not even scared to post this picture of me in my helmet.

We won’t become bold over night.  It took Jodi to become 50 with an award in her hand.  The little things lead to big ones.  So for today I am going to run in the rain.  What are you going to do?  Just do it.