I will not, not, not mention how the world is supposed to end today according to the Mayans.  I did however love the Mayan Ruins I toured in Cancun during Spring Break 1989.  If anything gets ruined today, it will be another tourist attraction.  We all win.

Trivia:  Did you know Cancun in Mayan actually means Snake’s Nest and was founded in 1974 as a tourist project to help the impoverished state of Quintana Roo.  According to a study by East Carolina University(2005), in the late 1960s, Mexican government planners set out to build the perfect vacation spot from scratch. They picked the most remote, undeveloped place they could find: a tiny barrier island on the east coast of the Yucatan Peninsula.  Since I was born in 1968, I feel sure they were preparing for me and my posse from James Madison University to arrive.  The Mexican Government did a great job – the project is wildly successful.  As was our Spring Break that year.  We tanned, we laughed, we took (too many) risks, we had a corona or 7 and maybe a margarita or 12.  We were girls on fire.

Which brings me to Alicia Keys and Gabby Douglas.

After the Olympics, Alicia’s song Girl on Fire retrofitted as a theme song of sorts for the awe-inspiring, jaw-dropping performance of sweet Gabby Douglas.

I took my nine-year-old daughter to meet Miss Gabby on Tuesday as she was in Richmond to sign and promote this: 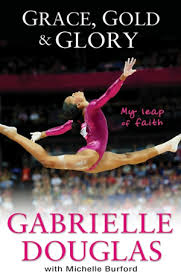 That girl is on fire.

I told my girl she could be anything she wanted.  Hard work, focus, determination and a little fire is all she needed.

Here’s my girl basking the glow of the flames:

She said she thought she was going to cry:

Not because the world was going to end in 3 days but because I was in the presence of a phenome.   Thrilled.  Inspired.  Determined.  Lit up like a flame.

One thought on “Girl on fire”